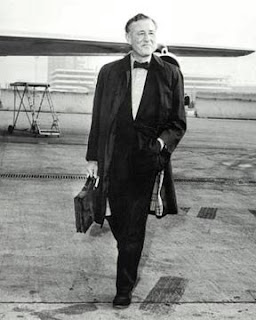 I am probably one of the world’s biggest James Bond fans, but it’ll surprise you to know I’m more a fan of the books than the movies. It’s Fleming’s fault that I decided to write my own books, and he still teaches and inspires me as a writer today. The Bond books are overlooked pieces of art in a flooded espionage genre, a genre that gets no respect, but maybe that’s okay as a lot of the espionage genre is as disposable as yesterday’s trash. Not so the Bond books. As an example, take the first James Bond novel, “Casino Royale”. It's a spy story, yes, but there is much more beneath the surface.

That’s the genius of Fleming. He’s never been given enough credit as a writer. The Bond books are solid pieces of storytelling. Fleming dipped his pen in fantasy, no question, and some parts of James Bond’s adventures come off more cartoonish than others, but Fleming reached the right balance between comic-book fantasy and fictional realism. Fleming’s gift was characterization and Bond, in his everyday behavior, is fascinating to watch.