I'm trying really hard to like Marvel's Agents of SHIELD but the show isn't helping. Aside from Clark Gregg, the cast is populated with white-bread soap-opera rejects (the Asian master ninja / expert pilot / constant brooder notwithstanding) who have all the believably of a unicorn. I'm supposed to accept that Agent Ward, a Ken Doll who looks younger than ME, is supposed to be a super-secret-agent-master-assassin? When he talks about The Job, his totally-cereal dialogue is a recycled riff from a Z-grade commando movie. How he delivers the lines with a straight face I do not understand. Don't get me started on the hottie "hacktivist" with her smart cracks who seems to only be a place-holder or the teenyboppers playing the scientists who are referred to as one person, which is appropriate, because I can't tell which one is which and I've watched three goddamn episodes already. 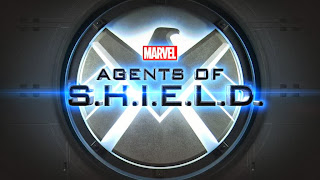 While the characters are faceless ciphers, the show has a bigger problem. The show's problem is Joss Whedon (everybody get out your guns and point them at me; I'm about to kill a sacred cow). I know Whedon isn't writing every single episode, but his mark is on each script. Whedon seems to revel in writing smart cracks that subvert genre dialogue cliches and that's okay....when it works. Those imitating his style are only creating cliches of their own, and they aren't funny, and they don't work. I'm not even sure when Whedon does it that it's funny or in any way interesting anymore (though The Avengers had some smart cracks), because it's been imitated to death

So I'm watching basically the show because Tosh.0 hasn't rolled out any new episodes yet and I can't spend all day drinking. Plus the hacktivist looked great coming out of the pool in Ep. 3 with her dress clinging to her curves. Yum. Give her boobs an Emmy.

Oh, and ZombieCoulson? Gag me. Either he's dead or he's alive but don't give me any of this magical rejuvenation whatchamacallit that will probably not even be addressed in the series. They're going to save all of the big reveals for the Avengers movies, don't you worry. Only Tony Stark will get the full explanation of what happened, and RDJ is too good for television. Sure, Samuel L. Jackson made a cameo, but Jackson is the new Michael Caine: a good actor who will slum for a paycheck.
Posted by Brian Drake at 6:37 PM 3 comments: 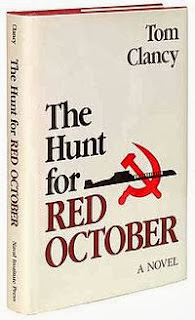 I picked up The Hunt for Red October while on a trip to Disneyland back in 1986 or '87, and I remember enjoying it, but nothing about the book stands out for me today. He wrote so steadily that I would get the new Clancy every year for Christmas, because somebody in the family thought I was a huge fan; most of the books went unread or half read and ultimately turned into the used bookstore. Seriously, after The Cardinal of the Kremlin, I gave up. There was just too much story and too many details to keep track of. Heck, I was a teenager. Maybe if I read him now I'd appreciate his work more. Maybe I'll be struck with a fit of nostalgia and pick up Red October again sometime.
Posted by Brian Drake at 11:32 AM 2 comments: