There's a nasty virus going round the office and I am the latest victim, so while I'm lounging on the couch pumped full of drugs I have been catching up on a BBC show that I've known about for some time, but never bothered to watch. Doctor Who, a program about a time-traveler who goes on wild adventures through time and space. One minute he's in ancient Egypt, then on a distant planet, then back on Earth, well underground, dealing with lizard creatures. Great stuff. A friend recently discovered that I had never seen an episode, so he sat me down to watch one. "You have to watch at least one," he said, and that one turned out to be the 50th Anniversary Special which was so well done and so well written that I've spent the last few days catching up on every episode the cable system has On Demand. I'm feeling about Doctor Who the same way I felt when I finally discovered Wodehouse--blessed is the one who will always have plenty of books to read, or, in this case, television programs to watch.

My cable system only has seasons 5 through 7 so my "first doctor" is Matt Smith, who currently hold the title, and he does a bang-up job of playing the character. He'll be my Sean Connery--everybody after him (or before, as the case may be) will have big shoes to fill. The stories are action packed, well-written, and funny, and they bring you into a world uniquely its own and allow you to get lost in it. And that, if you don't already know, is the essence of fantastic storytelling. I want to be Doctor Who; failing that, I want to be one of his earthling companions who gets to enjoy the adventure, too.

The best stories do exactly what Doctor Who does, and your story doesn't have to be sci-fi or fantasy in order to accomplish the goal, though most stories I'm thinking of are indeed in that genre because the writer is required to construct a realistic world for his story to take place in (such as Star Wars or The Lord of the Rings). The better comic book movies do what I describe--I'm thinking of The Avengers, specifically--and I think the Bond movies fit the bill, too, because they are clearly set in our reality yet occupy a different reality of their own, and tap into one's imagination to the extent that men want to be Bond and women want to be with him (at least the older ones, forget the recent efforts). That's good storytelling, too. I would rather be Bond than anybody in a Frederick Forsyth or John le Carre or Len Deighton novel, where the daily drudgery of the spy business is highlighted more often than anything exciting.

Fantastic storytelling is something writers should all aspire to, but unfortunately I have no idea to prove whether or not we actually create what I describe. How can we judge? The best we can hope for is for a reader to tell us where we took him or her, if our story provided a hypnotic effect, and that's a fine way to judge, isn't it?

Now please excuse me. The Doctor is about to save the Earth again....he's in 1969 and rubbing shoulders with President Nixon and there are aliens about!
Posted by Brian Drake at 11:53 PM 4 comments: 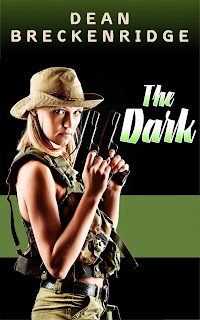 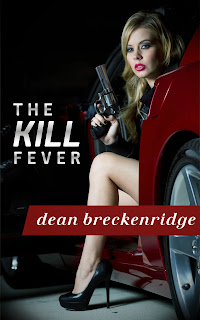 Thanks for looking!
Posted by Brian Drake at 12:04 PM 2 comments: