Lawrence Block Can Do No Wrong

I celebrated my 34th birthday last month and as a present to myself picked up a book called One Night Stands and Lost Weekends, a collection of Lawrence Block’s early short stories (in the One Night Stands section) and three novellas about private eye Ed London (in the Lost Weekends section). Block is one of my favorites and never ceases to amaze me. His writing is crisp and economical and free of clutter. As I writer I look at his pages and want to frame them--This is how you do it, I tell myself.

In his introduction to the book, Block has very few kind words to say about his younger days (does anybody?), but he’s selling himself short. In the first few stories, obviously you can see where he was learning and refining his craft, and certainly making the usual learning-writer mistakes that he eliminated in later years, but, wow, he was good even when learning. 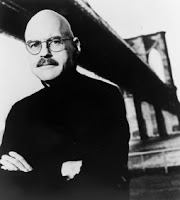