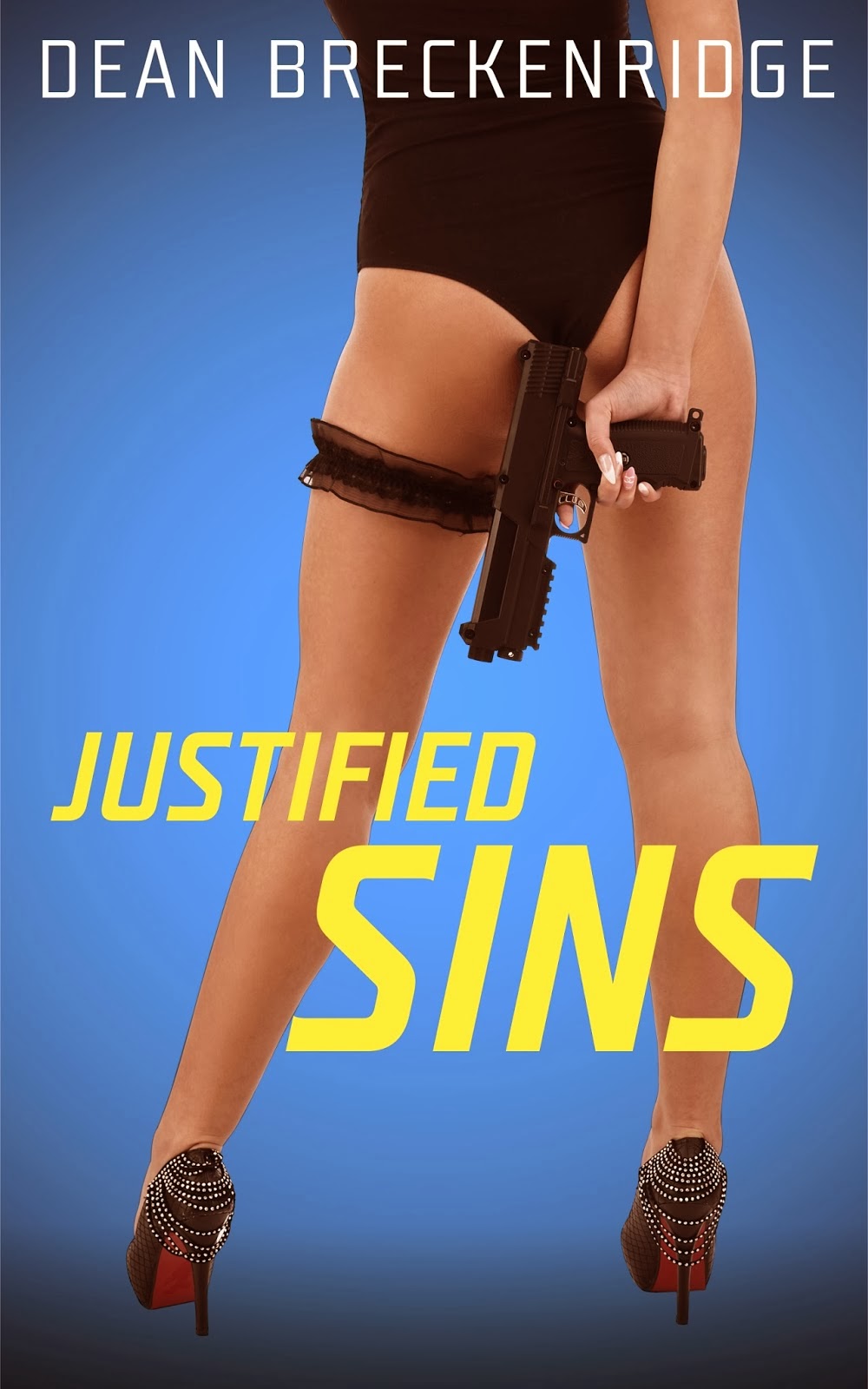 You may be a wee bit upset with me for this but there's a reason I'm doing it--"it" being re-releasing a book once written under my own name but now recycled as a Dean Breckenridge tale.

Back in 2010 when I joined the self-publishing revolution, my second entry was a book called "Justified Sins" featuring a vigilante hero named Pierce. Pierce worked outside the law, but had connections in the DA's office to smooth over all the mayhem he caused. Pierce was an orphan, his parents killed in a home invasion robbery, and after a successful career in the military Pierce returned to his home city to visit vengeance on baddies everywhere.

Problem is, the story was never supposed to be about a vigilante, certainly not one who was an orphan, and he was never meant to spend his first adventure protecting his foster sister from the Mafia. But those elements were added to the story at the suggestion of those who thought it would make the book more "commercial" and give it "broader appeal". As a rookie, I figured they were right. What happened was, I added those things, and then hated the book. I hated the book so much that I could not look at it on its own merits, nor could I acknowledge the positive comments the book received. Some readers asked for a sequel, but the thought of revisiting the characters made my stomach hurt. Ultimately I pulled the book from Amazon. I couldn't stand to see it on my list.

Pierce was supposed to be a shadowy figure, enigmatic. He would have police contacts, but also criminal contacts, and work both ends against each other when necessary. He'd pursue his own crime-busting activities but also be for hire if one could find him. But he was ruined because I followed suggestions that stole away my original vision.

When I began writing the Wolf stories under the Breckenridge name, it was basically a rewrite of Pierce--done right, this time. With a little more experience, a little more confidence, and a little more skill, I decided to hell with the advisors. I'm doing the book my way. Thus, "Justified Sins" has been rewritten and retooled as I originally intended. The Director's Cut, if you will. What's the lesson? Follow your gut. Ignore advice--unless it's painfully obvious that you need such advice. My instincts were correct. The enigmatic mystery hero is something audiences will respond to. The initial pack of Wolf stories proves this. They actually sell better than the books under my real name. I think I'm a little pissed about that.

What I'm doing is a bit unorthodox, I understand, but even if you don't buy the new version, I have to do this for my own sanity. I think it's a good book that deserves to be seen; now that I've brought it back to where it originally started, I can be proud of it again.
Posted by Brian Drake at 8:55 PM