THE EXECUTIONER is Back!

I have made my love for Don Pendleton's Executioner series well known over the years. Without Pendleton, Fleming, and Ludlum, there probably wouldn't be a Brian Drake (well, um....there would be, but I wouldn't be a writer, hahaha; I'd be making serious money as a used car salesman).

With the news breaking last week that the current publishers of the Executioner series, Gold Eagle, will cancel the series on December of 2015 and close its doors as part of the Harlequin sale to NewsCorp, we can report that on Dec. 16th of this year, you will be able to get your Bolan fix from the original creator himself. All 38 Pendleton books are back in electronic format thanks to Don's widow Linda and Open Road Media; we also can share that efforts are moving forward on a Bolan movie, which is very exciting as well.

I asked Linda if she would sit for an interview and she was gracious enough to answer some questions:

Brian Drake: Other action series from the '70s and '80s (and westerns, too) have been re-released as 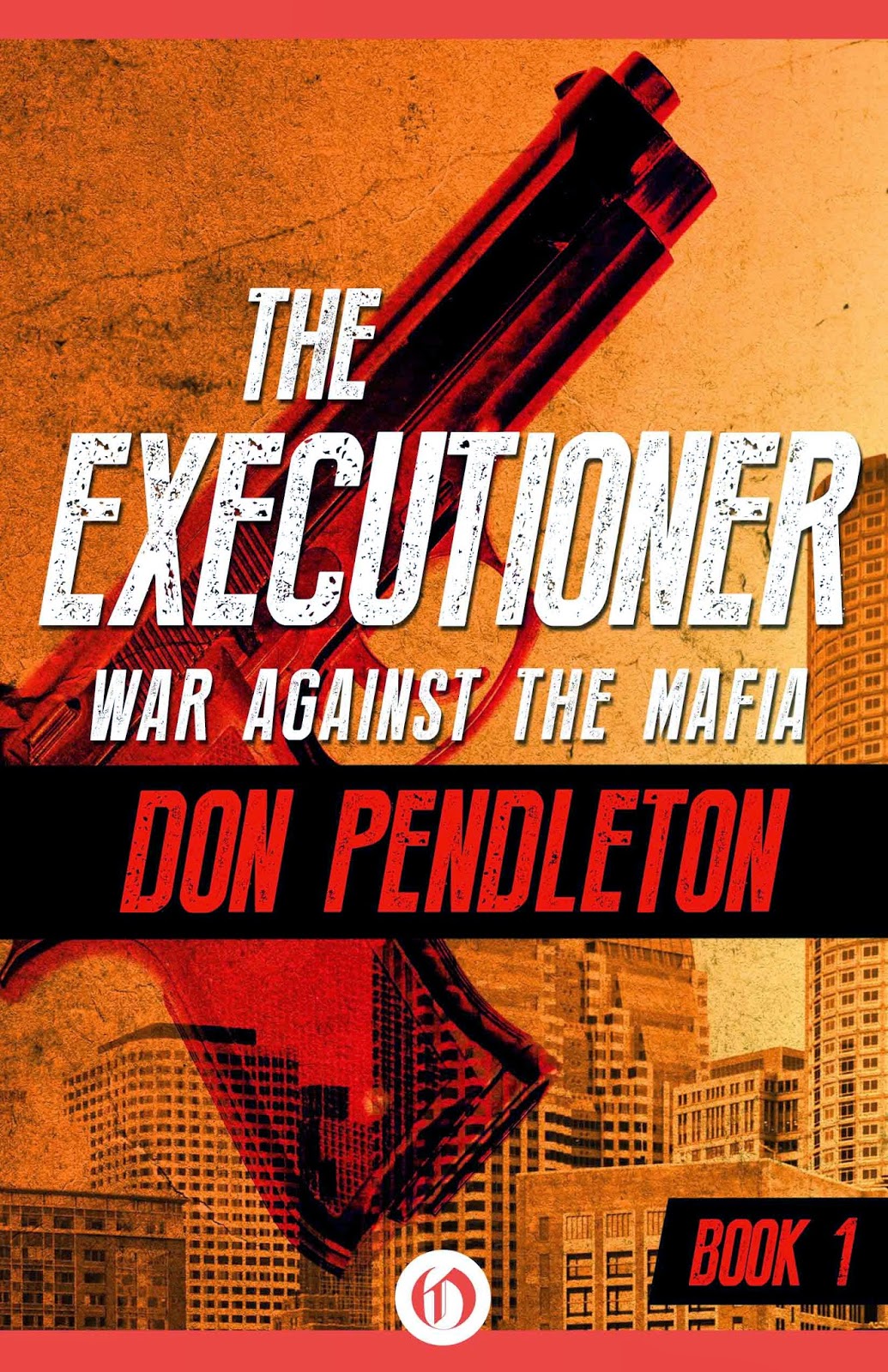 ebooks over the last few years. What took the Executioner so long to follow?

Linda Pendleton: Brian, thank you for the opportunity to do this Blog interview. I am always happy to talk or write about my late husband, Don Pendleton and his books.  For several years, especially over the last four years, I had given a lot of thought to bringing the original Executioner Series out as ebooks.  I first planned to do them myself, knowing it would be a lot of work and time.  I even designed a cover along with my cover designer, Judy Bullard, who has done my book covers for more than a decade.  Then along came Open Road Media who wanted to publish the complete series all at once. They had been interested in doing the ebooks for some time.  Therefore, it was easy for me to say yes to their offer, and the family agreed.

BD: The covers are terrific and really bring attention to the books. Who designed them?

LP: I'm glad you like the covers, Brian.  We have had a good response to the design.  Open Road Media decided they did not want to use my cover design and the editor had me discuss with Open Road cover designer, Mauricio Diaz, what I hoped for in regards to a Brand Identity.  I also supplied Mauricio with city locations for each novel, which he used for the backgrounds.  I'm delighted with his cover design and I believe they are branded well and are exactly what I was looking for.

BD: Will the new collection include The Executioner's War Book?

LP: The Executioner's War Book is part of our licensing agreement with Open Road Media but I don't believe they are planning to publish it at this point.

BD; Back in the '80s, Don wrote a terrific introduction to an anniversary reprint of War Against the Mafia. Is that included with the first book?

LP: No, this is Don's original edition with the theme quotations that were missing in some later War Against the Mafia editions.

BD: Will we see paperback versions? Perhaps an omnibus of the first three books?

LP: I would love to have print books at some point.  We hope a publisher will come along with a good deal for print books. Time will tell. 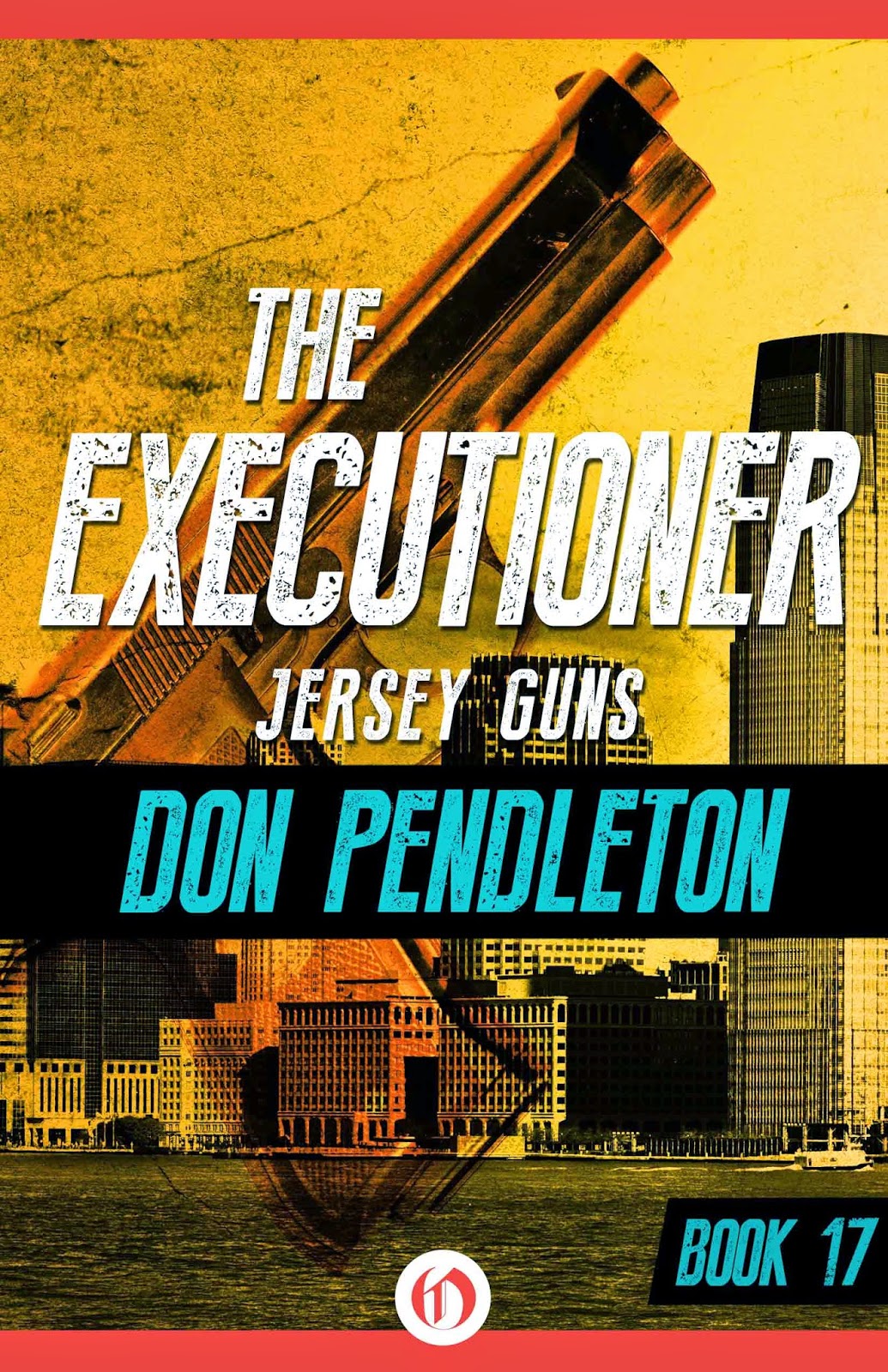 BD: With social media and the internet (such as the Mack Bolan page on Facebook and the MackBolan.Com website), are you seeing a stronger level on interest in Bolan than before, or does it match the days when you depended on snail mail for reader feedback?

LP: I think social media has given fans and the authors a nice opportunity to express and share their interest in the series.  I've had the donpendleton.com website online for nearly 15 years now, and recently added a new website,   executionerseries.com, that presently has additional information on the movie deal and the ebooks.  Over the years with Don's website, I've received lots of fan emails and guestbook postings, but not the amount of snail mail that Don received in the early 1970s and into the early 1980s.  The interest has always been there, and now we're 45 years and 3 or 4 generations into it.  I don't believe the Gold Eagle books have had the international exposure that the original books have had. The originals have been published worldwide in more than 30 foreign languages.

BD: Don once said, and I'm paraphrasing here, that the main theme of the Bolan books was that something important is happening on earth, and we need to participate in our own way. The values associated with Bolan, the moral attitudes, the need for courage under pressure, and the general pro-living message, are needed now more than ever, but how do such values find a place in a society that is increasingly nihilistic and seemingly adverse to such things?

LP: Don Pendleton considered his Executioner books to be a study in the metaphysics of violence (the reasons for it) and the books have a subtle metaphysical theme to them.  I've often said that I believe the popularity of Mack Bolan has to do with the essence of a true hero that Don created in Bolan.  That essence appeals to both men and women, young and old.

Don said this:  "The violence in the Executioner books is merely stage-dressing for dramatizing the commitment and dedication Bolan has to his ideals and the lengths to which he will go to honor them. We can learn this message of love and commitment and carry it into our own lives without the violence and bloodshed, and of course it is this wish that fuels the writing. I do not want my readers to pick up a gun and follow Bolan's example; I want them to be stirred by his commitment and to find ways to meet the same challenges without resort to violent means."

In his nonfiction book for writers, The Metaphysics of the Novel, Don wrote:  "I do believe that I live in a universe of uncommon magic. Everything I have ever written is framed about that central assumption. Life, to me, is a beautiful adventure and a meaningful experience. I am not sure as to exactly what is going on here but that mystery only adds beauty to the game, and it is the mystery of life that fuels my novels. Every book becomes a search, a quest." 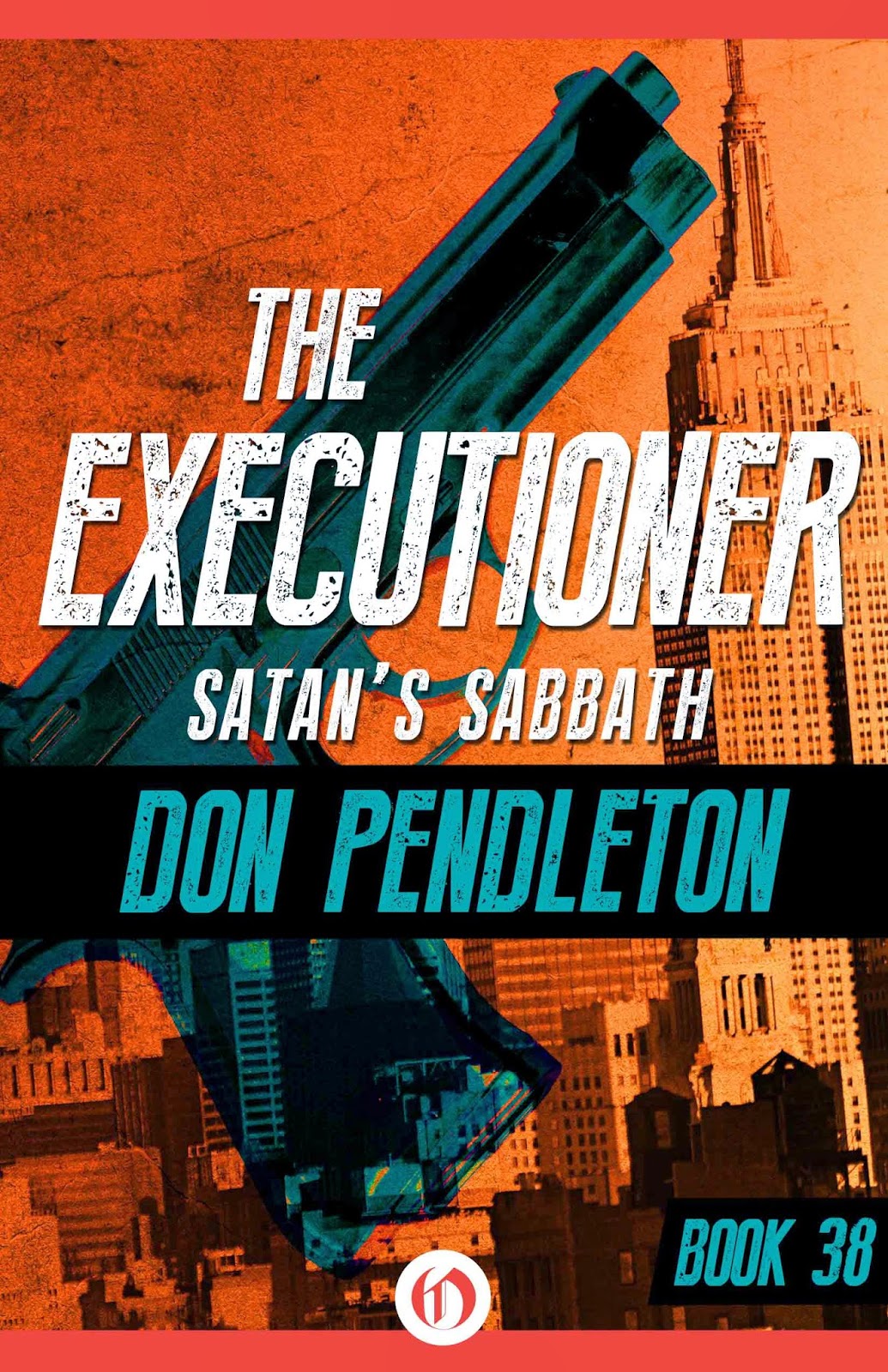 Social media, and the news media, may be one reason we at times feel overwhelmed by what seems to be happening in our society, with the increase of violence and disrespect for life, and the seemingly loss of values.  That sadly becomes a focus, rather than the goodness of people and the positive acts of kindness and heroism that occur every day.  Values are still present.

BD: I'm a little skeptical about Bradley Cooper playing Bolan in the film project that has been announced, but I've been wrong about casting choices before. What can you tell us about the film option and how it came about after so many years?

LP: This film franchise option by screenwriter/producer, Shane Salerno was a GO from the first day he contacted us!  Of course, it took some time to handle the legal details, but it was right from the beginning.  Other offers in the past have not been that way, for one reason or another.  First off, Shane Salerno was himself an Executioner fan as a kid, and it has been his dream for years to bring Bolan to film. He's been a successful Hollywood screenwriter for years and has done excellent work.  We had the deal for a while and right after Salerno announced it publicly in August 2014, Bradley Cooper and director, Todd Phillips, jumped on it with Warner Bros. We're pleased to have a top quality actor lined up to play Bolan. Cooper and Phillips will be producing along with Salerno's production company, The Story Factory.  As readers, we've probably all had our own vision of Mack Bolan in our minds, and even helped by the great cover art of artist Gil Cohen, but a good actor can make us forget our "mind" image.  By the way, Gil Cohen's cover art has always been my favorite, and obviously very popular with fans.

BD:  We hear from the current crop of Bolan writers that Gold Eagle is closing down as of December, 2015, thanks to the Harlequin sale to NewsCorp, and 2015 will be the last year for Bolan under the Harlequin/Gold Eagle banner. It seems big business has done to Bolan what the mafia and countless terrorists never could. Some have talked about how the series might continue, but now that the originals are available, do we really need a continuing and modern interpretation of Mack?

LP: Apparently, Harlequin is closing the Gold Eagle imprint but we have not been notified of that.  Big business is big business and I have to say I'm not surprised that Harper Collins found it best to shut down Gold Eagle and do their own publishing program the way they choose.  That normally happens when businesses are sold.  Of course, it would be nice if Harper Collins decides to publish more of the Executioner series, especially with the upcoming film.  I would like to see the original series in print and new Bolan books every few months.  There is no reason that Bolan could not continue, as other series of past days have.  The Executioner is a classic, and Mack Bolan still has a place in action/adventure literature.  After all, Don Pendleton is the "father of the action/adventure genre," and his Mack Bolan character should continue as a part of that genre.

BD: Is there anything else you would like to add?

LP: More than once Don said about the Executioner novels, "My biggest job throughout writing the series was to keep faith with Bolan–that what he's doing is right.  I wanted an enemy beyond redemption–an enemy that all civilized procedures had failed to put down.  The Mafia was ready-made.  They embodied all the evils of mankind."

I hope the Bolan fans and new readers enjoy the original 37 ebooks of The Executioner Series and Mack Bolan's war against the mafia.  We're excited to have the ebooks available this month.  Mack Bolan not only lives large, but also lives on!

BD: Thank you, Linda. It's very exciting to see this happen, both the original books and the film, and I hope a new generation of Bolan fans will find as much inspiration and entertainment in the series as I have.
Posted by Brian Drake at 3:42 PM