I'm happy to present my friend Rebecca Forster and her new book in the Detective Finn O'Brien series, Foreign Relations. Give it a click and you won't regret it.

This is a great new series from the author who brought you the Josie Bates "Witness" thrillers, and it's probably better for her to talk about the book than me. So here's Rebecca:

Brian Drake: After so many books under your belt, what have you learned about yourself as a writer?

Rebecca Forster: I've learned that I have a lot more patience and determination than I ever gave myself credit for. It only took 35 books but I've finally figured out that writing a book is like being a jeweler - cracking the stone is just the first part, creating the facets, polishing the whole darn thing - it all takes extreme focus if you're going to give readers an exciting experience. 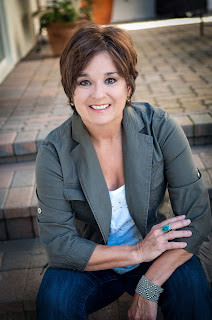 BD: Tell us about Finn O'Brien. What has reader reaction to the first Finn book been like?

RF: Detective Finn O'Brien is a man with a foot in two different worlds. He is a naturalized citizen who came to the U.S. from Ireland in his teens so he still holds tight the moral tenants of faith and family. But his introduction to America was brutal - his little brother was abducted and killed - so he has a finely honed sense of responsibility to those who are marginalized and without power or wealth. I mixed him up with a partner named Cori Anderson who is a practical Texas gal. I think they are a fabulous duo. Together they are going to explore all the boroughs, the nooks and crannies of Los Angeles. Severed Relations juxtaposes a rich enclave against the gritty underbelly of Hollywood. Severed Relations looks at a section of the city called Little Ethiopia. Readers are calling Finn a more sensitive Jack Reacher. Not a bad thing, I would say.

BD: Are you able to find a balance between writing and marketing?  If so, how? If not, how are you trying to do that?

RF: Even if I think I am balanced between the business and creative aspects of this business it will never feel that way. I have accepted that the world of digital marketing moves way to fast to keep up with everything, so I have chosen four basic ways to keep up with readers - Twitter, Facebook, advertising and occassional newsletters (I don't ever spam). I think writers need to be a little kinder to ourselves in terms of marketing and I hope that our readers will help out with the most effective marketing off all - word of mouth and reviews.

RF: That's an easy one - travel. I have been some very unusual places - China in 1983, Hungary in 1985, Albania in 2011. Everywhere I travel I make sure to engage the people, learn the language and a bit about the culture. Many of the places I've been appear in my books; many of the people I've met become characters; much of the legal history of these place fuel my plots.

BD: After being in the business for so long, do you find your level of enthusiasm has increased, or remained the same, from when you started? Did you ever consider an easier line of work, such as brain surgery?

RF: I checked into brain surgery but decided to pass. Same with sitting on the Supreme Court. Your question is really good, though, because it's something I've been thinking about the last few years and what I find is just when I think I'm ready to wind down I get an idea that just has to be explored. Then it's off to the races again. I don't think writers retire, but I do think we become more selective in our projects. Mine are getting more intricate.

RF: Oh, she'll be back. I am really honored that I get reader letters about her all the time. This year I did write a Spotlight Novella called Hannah's Diary as a gift for my newsletter subscribers. It literally shines a spotlight on Hannah Sheraton (Josie's ward and the subject of Hostile Witness). It's about what happens to her between Hostile Witness and Silent Witness. I'm hoping to do a few more of these to keep the witness series fresh. I just haven't figured out what's going to happen in book eight. When I do, Josie will be back with a vengance.

RF: Thanks for the opportunity to talk about my two favorite people - Finn O'Brien and Josie Bates. I hope everyone will love the Finn O'Brien thrillers. They are definitely gritty. My favorite reviews so far of Severed Relations was "The bad guys were so bad" and 'Watch out, Hollywood will be calling'.
Posted by Brian Drake at 11:43 AM