There Be Zombies! The Post-Apocalypse According to John L. Davis

My next interview is John L. Davis, an author who admits he is outnumbered in his own house--a wife, two daughters, and a dog. Poor chap--I feel for you, John!

John's written some very good pieces of fiction you should check out if you're into the zombie / prepper genre, horror, or even Christian fiction. John dabbles in them all, and does very well indeed.

John L. Davis: I started writing many years ago, around the age of 14. I had really just fallen in love with books and reading about two years before that and got to the point where I felt I had stories to tell. I’ve accumulated reams of short stories, novel starts and poems since then. I didn’t write with any serious intent until three years ago, when I first started writing my series, American Revenant.

BD: Tell us about American Revenant.

JLD: American Revenant is a zombie apocalypse survival series set in and around the town I live in, Hannibal, Missouri. The genesis of the stories stems from conversations with friends about survival during a world-changing event, such as an EMP or societal collapse. How we would handle it, what we could do to prepare ourselves and our families should anything like that ever occur. Then one day, jokingly, zombies were mentioned, (we had all been watching The Walking Dead at that point) and suddenly, that spark went off. When I mentioned the idea of a book, my friends essentially dared me to write it. 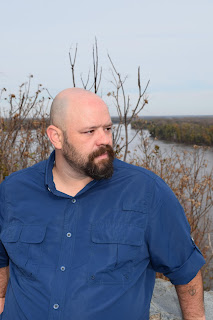 The series follows a group of preppers that never expected zombies in their survival plans. At first, they struggle to find a way out of Hannibal to a safer, more defensible location. The books aren’t far-ranging, meaning that characters are never really far from home. The idea of a wandering band of nomads was being done by everyone writing or filming zombies in any form. I wanted intelligent characters who would find a place to call their own and build it up to be a safe and habitable place.

BD: What attracted you to the zombie / prepper genre?

JLD: Zombies were on the rise again, (so to speak) with the success of The Walking Dead and Z Nation, and spending time playing in that undead world just seemed fun, like there were no real boundaries. I’ve loved the whole idea of zombies, and zombie fiction since I first watched Return of the Living Dead 2 and Night of the Living Dead (my all time favorite zombie flick) all those years ago as a teen. Dark and scary, or hilariously bloody, they always elicited a strong response from the imagination. Hacking my way into that world just seemed natural. 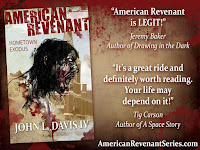 As for the prepper side of it, well, I’ve always had a strong interest in survival, especially wilderness survival. As a kid I would take my paperback copy of Outdoor Survival Skills by Larry Dean Olsen out to the woods behind my Dad’s house and practice. I still have that book. It’s been soaking wet and filthy, the cover’s been taped up and taped back on many times. I slipped into the prepper mindset easily over the years, and it made its way into my books, to some extent.

BD: Tell us about Fat Jack and Hollywood Burning. What are the true stories behind your version of events?

JLD: Fat Jack- Fat Jack is a brutal revenge story with a wicked Supernatural-style twist. A running theme through many of my stories is family. What would a father do to protect his family, or should he fail to protect them, how far would he go for retribution. Jack is a huge embodiment of that retribution, especially when faced with a force that might be something other than what it appears. Of all my currently published pieces, Fat Jack is the one people most often tell me they want more of. People love Jack, and because of that I’m considering doing a series of short stories to really dig deep into his character and the world he inhabits. 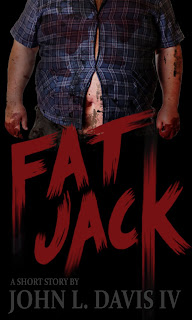 Hollywood Burning – This is another story about family and retribution, from a different standpoint. The premise for the piece comes from the recent headlines regarding high-profile Hollywood elites coming under scrutiny for alleged sexual abuse against numerous people. What would a father do if he lost his young actor son to suicide because of the depravity heaped upon the boy by those in powerful positions. The story takes a violent look at a father’s broken heart, with something of that “Punisher” style of justice. As a nod to two well-known victims of Hollywood’s excesses, readers should pay attention to the son’s name in the story. If they look, they can figure out where it comes from.

BD: Along with your zombie fiction and revenge tales, you've also dipped into Christian Fiction. What inspired The Old Man & The Bible and The Boy & The Miracle?

JLD: Both of these stories were written at the same time, nearly twenty years ago, (It probably shows in the writing). I can’t specifically say what inspired them, but this was at a time when I was closely examining my faith in God. I remember writing Man/Bible to make readers open their Bibles to look up a specific verse at the end of the story. Boy/Miracle was me imagining what a really big miracle might look like in an age when people no longer believe that God works miracles. I had placed them up for sale at the request of a friend and can say honestly that I’ve never sold more than a few copies of each, but I leave them up. Maybe someday, someone will read them, just when they need them most. 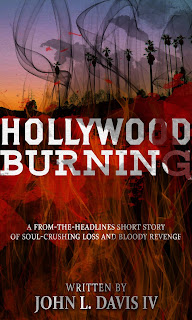 BD: That’s great. We need more Christ-centered fiction in this cesspool of a world. How can readers contact you?

JLD: I’m all over the internet. Twitter is @AmRevenant, same for Instagram. The easiest way would probably be on the American Revenant Facebook page. I can also be found at Americanrevenantseries.com.

BD: What are you working on next?

JLD: I’ve taken a bit of a hard right turn with my new novel, tentatively titled Average Joe. I usually stay firmly in the horror or post-apocalyptic areas, while sometimes getting into a bit of science fiction, but this new book is strictly an action thriller. We’ve all read those fantastic action heroes (i.e.; Jack Reacher, Mack Bolan, Jason Bourne) that are well trained ex-military or law-enforcement. These guys have all the skills and honed abilities to defeat the bad dudes and win the day. I wondered how an average guy, without all that training, might handle a situation that he really shouldn’t be in.
Rather than go with self-publishing this time, I intend to at least attempt securing an agent or publisher for this one. If that doesn’t happen, then I’ll definitely release it online as I’ve done with my other works.

BD: Thanks, John. Best of luck with the new book.

You can check out John's website HERE and his Amazon author page HERE.
Posted by Brian Drake at 4:00 PM