Here's a good one for you, an all-out action extravaganza with a tough hero, tight writing, and a story that will keep you glued to the page (or screen, nowadays).

James Beltz is the author of the DJ Slaughter books, and he's not only a writer you want to watch, but he's created a character you'll want to spend time with too.

Slaughter, if I may, is a modern day Mack Bolan, and the ingredients that make Bolan such a great character are present here. To date, Beltz has written two novels and two short stories, with more to come.

I found James at the shooting range and we chatted over the delicious scent of burned gunpowder.

Brian Drake: Who is DJ Slaughter?

James Beltz: He is just an average everyday kind of guy. He is no ex-Seal or former Army Ranger, or anything like that. There is nothing unique or possessing any attributes that really make him special for fighting crime. He’s just a guy. He does have a tragic background having lost his family in a home invasion in which he was the only survivor. It has caused him severe depression and driven him to live a life of seclusion and become a modern day hermit. One day life tries to ambush him again in an armed robbery attempt. He decides to fight back. That decision leads to a non-stop chain of events involving a lot of bullets and bloodshed, and forever changing him into something different. 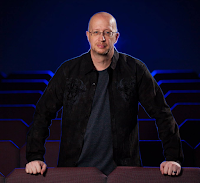 BD: Do your characters have any particular inspiration, or did they appear to your organically? How did they change once you started working with them?

BD: How many books did you write before coming up with Slaughter, or is he truly your first stab at storytelling?

JB: This was my first effort. According to all of the glowing reviews, I think I have finally found something I might be good at.

BD: What writers influence you?

BD: You provide a tremendous cliffhanger in one of the Slaughter books, but the jury is divided on whether or not ending a book in such a way is a good idea. Should cliffhangers be employed judiciously, or more often? And why? Any negative feedback over your use of cliffhangers?

JB: Cliffhangers absolutely work in all mediums. We see it in TV and movies, and we see it book series. They have their place in that they help connect people to the storyline. However, not everyone is a fan. I think they should be used strategically. 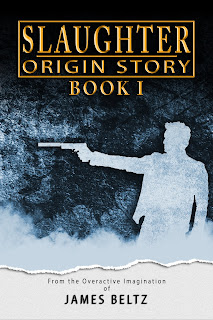 BD: You have two Slaughter novels and two short stories. Does it matter the order they're read in?

JB: The short stories were designed for two reasons. To add content that existing series lovers can enjoy, and to entice new readers in the series. So my shorts can be read in any order. But the series itself needs to be read in order. I have the third full length novel dropping in about sixty days.

BD: What's next for DJ Slaughter?

JB: You will have to read the series to find out!
Posted by Brian Drake at 9:28 AM